Just this past April, Dragonchain announced on its Twitter feed that it is launching “the long-awaited” rebrand, for what seems to be at the request of the masses. With its growth and increasing role in the blockchain world, Dragonchain has become a player worth keeping an eye on.

WHAT IS DRGN?
Dragonchain is a blockchain, an incubator, a marketplace, and a business platform. Through these different services, Dragonchain aims to help companies incorporate blockchains into their applications with far more ease than previous solutions that were available. And with its tremendous increase in value of 600% in less than a year, Dragonchain seems to be holding its own in the ever-increasingly competitive crypto market.

Initially developed by a Walt Disney team in 2014 as the “Disney Private Blockchain Platform,” Dragonchain was later released as an open source software. It is now under the not-for-profit Dragonchain Foundation. Once the platform is launched in full, DRGN is expected to transition to a commercial enterprise (DragonChain Inc.).

The Platform is where business-client data is stored. It is made to be extremely secure with a system of five standardized levels of consensus that increases as the verification level for a block increase.

Important for cryptocurrencies is how this platform supports multiple languages, allowing flexibility for developers to use common programming languages to create smart contracts. Languages include Node, Python, C#, and Java. The smart contracts trigger when a condition is met, and then become completely decentralized because they are stored on the blockchain. DRGN achieves the delicate balance of maintaining the utmost privacy for the sensitive information in these contracts while still keeping them accessible and ready for use.

Dragonchain is also a Crowd-Scaled-Incubator dedicated to helping startups in the cryptocurrency space. Its standard process and infrastructure simplify the journey of launching a crypto coin for users who are not particularly tech-savvy. The “crowd-scaled” aspect means that a crowd of investors from all over the globe can review a blockchain project that a business developed in the incubator. Dragonchain hopes this will expedite the process of launching projects and beginning to produce market value.

Metropolis and LookLateral are two organizations that have launched their tokens using the Dragonchain initial coin offfering (ICO) solution. DRGN is expected to generate an abundance of new tokens for various purposes, marking an exciting time for ICOs.

The marketplace is a support system for DRGN’s client companies where they can work with experts in specific subject matters such as crypto, software development, and marketing. This is also the place where clients can view a library of pre-developed smart contracts.

The Dragon tokens (DRGN) is a coin that fuels the platform, incubator, and marketplace, and it serves as credit for each of the service components. It is an ERC-20 token, so it relies on the Ethereum blockchain for the time being; it plans to launch its platform later in 2018, at which point it will become autonomous.

Before DRGN, no platform technology has been able to support the creation of a truly secure and scalable blockchain in the real world business use. This is the main issue that DRGN has set out to address. However, now, through DRGN, companies can monetize their services with tokens. This is appealing because blockchain transactions can increase the efficiency and security for the transactions while eliminating potential fraud and scams, ultimately reducing costs.

Investors have been particularly excited about DRGN compared to other coins due to its unique advantages. Chiefly amongst them is the ease and flexibility that DRGN offers. Its fundamental properties make it easy for businesses to run their decentralized applications on the Dragonchain platform. With DRGN, users have fasterspeed to market and higher scalability for company projects, lower development costs, and significantly heightened levels of security than they would with DRGN’s competitors, such as Bitcoin or Ethereum.

As Dragonchain Founder and CEO Joe Roets has stated, “Unlike existing platforms, with Dragonchain you retain complete control of your data. Sensitive business logic and smart contract functionality is kept proprietary.“

According to CoinCentral, the DRGN platform includes a system of five standardized levels of consensus. As the verification level increases for a block, so does the security increase. The five levels are listed below:

This adds another dimension of security to the common blockchain model. 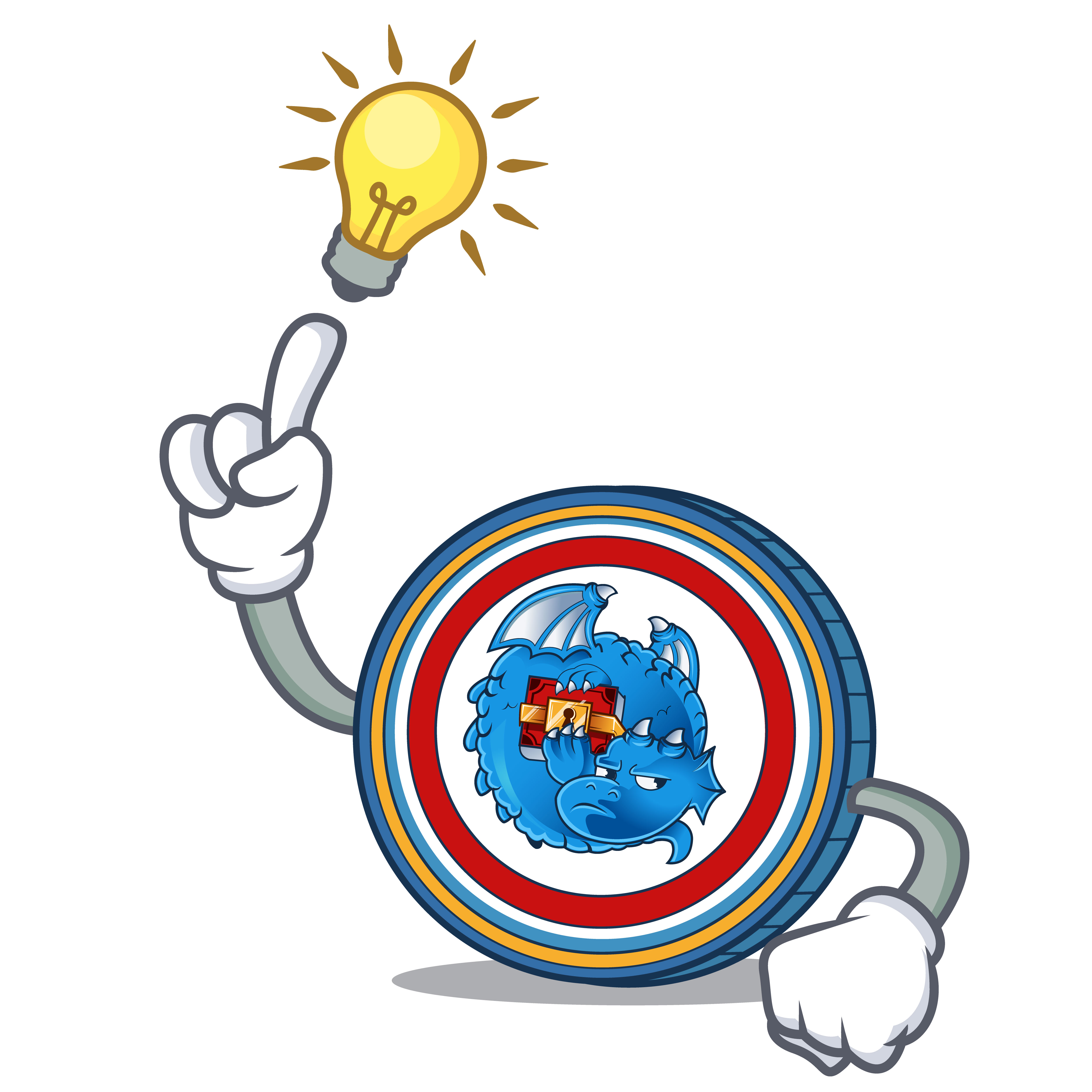 Having taken efforts to rebrand, Dragonchain sends a strong message that it is here to stay. The CEO and founder of Dragonchain Joe Roets used to design logos himself and seems to be the brains behind the current playful logo of a dragon holding a treasure case in a solid death grip. Roets wanted to implement the idea of the chain with symmetric elements into the logo. Dragons became a key feature to represent the protection of business data and business value. Roets was excited about portraying this through a logo of a dragon (named “Jojo”) protecting its treasure vigilantly, and it is the logo that drove the company name.

WHAT DOES THE FUTURE HOLD FOR DRGN?

The recent launch of Dragonscale in June suggests that DRGN will continue to build out initiatives and global networks that support the success of blockchain entrepreneurs. Beyond that, there is speculation about new use cases for DRGN.

DRGN could be great for industries that face fraud and scams because it strives to implement a more secure process than what traditional contracts and payment systems have made available. For example, companies involved in law or real estate could use smart contracts within Dragonchain’s ecosystem to avoid substantial losses to fraud.

The gaming industry presents another possible use case focused on the DRGN tokens. This would allow gamers to safely purchase virtual items, which is what the gaming company FlowPlay wants to do for its 75+ million users with DRGN. This will effectively create the first non-trust based marketplace for virtual goods, guaranteeing legitimacy.

From there, use of the platform can expand into anything from reservation booking to voting system, but it is not yet fully launched. DRGN has been raising funds since January 2018 and is working to finish the development of the platform. Full completion of the platform is expected to launch at some point this year.

The fact that a significant business such as Walt Disney had invested resources into a blockchain company points to a mainstream future for the blockchain industry. Dragonchain has dramatically evolved since then and is on a path of leading the industry and adding credibility to the ultimate goal of supporting business integration into the blockchain. Its layered security feature, along with its ability to scale, is helping DRGN to establish a niche in the crypto world and is positioning DRGN as a top choice among its competitors such as Ethereum. It will be interesting to see how DRGN continues to evolve.