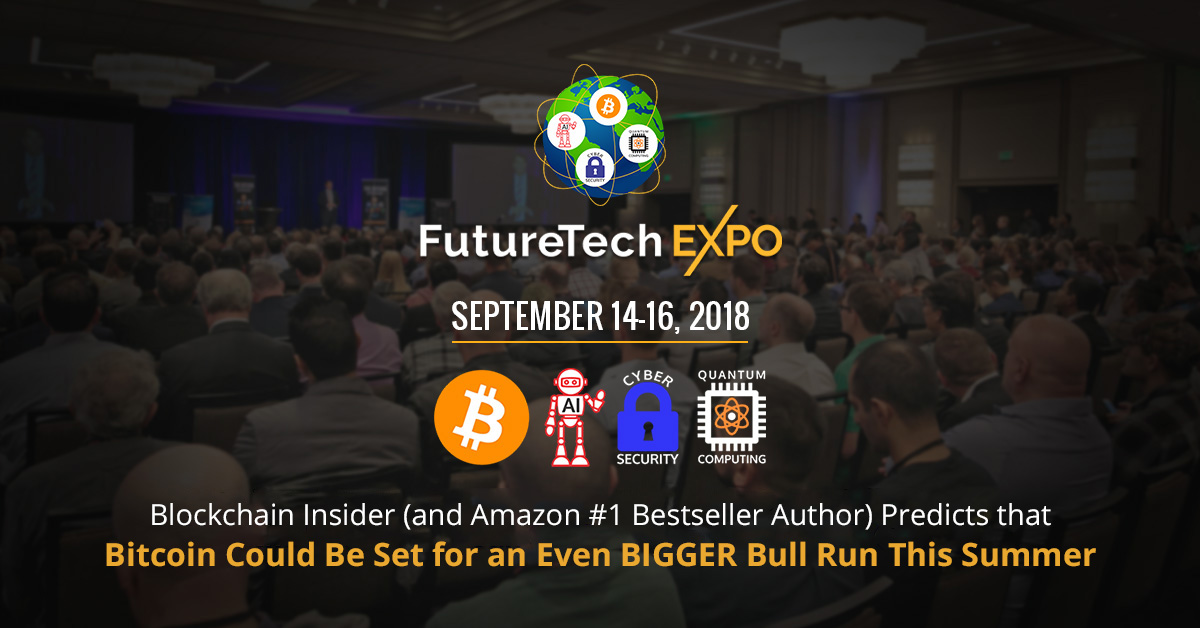 “We didn’t get off to a great start this year with Bitcoin”, said Mr. Jacobs. “But for investors who are prepared to hold Bitcoin until the end of the year, now might just be a fantastic time to buy into the low. Because Bitcoin is about to see a deluge of positive news flow over the next few months.”

According to Mr. Jacobs, there are three specific developments on the horizon that look as if they could be big enough to send demand for Bitcoin soaring – to the extent that BTC could break through the $20k line before the end of summer.

What are these three specific developments?

Mr. Jacobs has just finished recording a podcast where he discusses them in greater detail and lays out his reasons for predicting that Bitcoin could shoot toward the moon again in just a matter of months.

This podcast is the first of a complimentary seven-part series called “Future Tech Gold Rush”, which Mr. Jacobs is publishing in order to promote his up-and-coming Future Tech Expo in September.

It’s set to go out on Monday April 16th to every person who is subscribed to the official “notification list” for the Future Tech Expo 2018. The other six podcasts will be sent out on Tuesday through to Sunday. (Subscribers will be able to download each podcast episode onto their PC or phone, so they can listen to it later.) As well as Bitcoin, Ethereum, and blockchain tech, Mr. Jacobs is going to talk about artificial intelligence, virtual reality, augmented reality, 3D printing, drones, and quantum computing – and why any one of these seven “hyper-growth” techs could give rise to the next “$10k-to-$22.9-million-in-five-years” Bitcoin opportunity.

Do you want to get these podcasts too?

If so, follow the link below and sign up to the Future Tech Expo notification list. Not only will you receive all seven of these “Future Tech Gold Rush” tips, you’ll also benefit from a special discount on tickets to the expo itself – which takes place in September at Dallas.

About the Future Tech Expo:

The Future Tech Expo is the only conference in North America that’s bringing all the top players from the domains of blockchain tech, artificial intelligence, 3D printing, virtual/augmented reality, drone technology, and even quantum computing – so you can get informed, get connected, and get exclusive access to investment opportunities that are “off-limits” to normal folks.

This three-day conference will be held at the Dallas Convention Center, close to Dallas/Fort Worth International Airport, in September. We are expecting more than 2,000 attendees, 100 headline speakers, and 150 exhibitors – with talks from developers, entrepreneurs, venture capitalists, and other “smart money” investors who are out to find the next Bitcoin and get behind it early.

More information is available at: