ZClassic’s price has jumped 22.5% to $98.26 over a 24-hour period today, the date of a scheduled fork, giving it a $335,496,321 market valuation. The cryptocurrency has a circulating supply of 3,414,350 ZCL out of a maximum supply of 21 million ZCL. Just 44 days ago, Bitcoin Private’s founder and lead developer, Rhett Creighton, proposed that the ZClassicCoin (ZCL) be revitalized by migrating it to become a bitcoin hard fork – “Bitcoin Private,” according to a Reddit post. The Bitcoin Private contribution team announced the much-anticipated snapshot date of both bitcoin and ZClassic which are scheduled to occur today, Feb. 28, 2018, according to the Reddit post. This announcement was made at the first official Bitcoin Private Conference held in Austin, Texas. In the last 24 hours, the price has ranged from $7.15 to $122.32. The price began a slight decline in the past week, beginning the week at $157.37. In the past month, the price has varied from $57.24 to $196.67. The price reached an all-time high of $235.32 on Jan. 7, after emerging from the low single digits for the first time in late December. The price began climbing on Dec. 20, 2017, when it was $4.53. 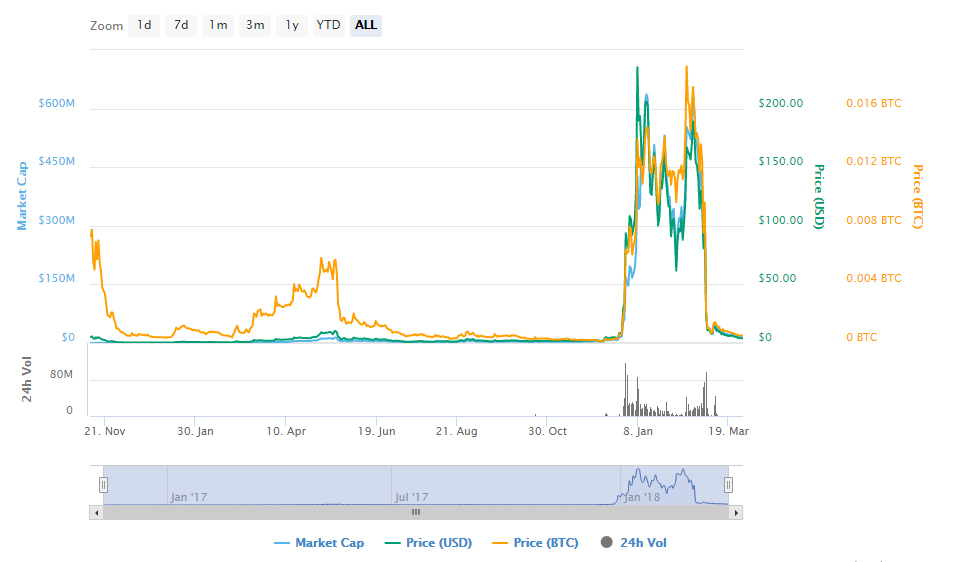 Zclassic is a fork of Zcash: (@HeyRhett) decided to take another path by removing the 20% fee.
Miners are simply earning their fair reward, we believe they deserve it, and the coin development can be supported by the community. ZCL also differs from ZEC by removing the slow start (source), we
are not trying to deliberately engineer scarcity: The Market decides the price.

We are using the same parameters which were produced in the now famous secure “trusted setup meeting” (source) where Peter Todd participated, and he confirmed to us (source) they are safe to
use. If just one of the participants kept their key secret and destroyed it, the whole system is secure.